skip to main | skip to sidebar

The story has been told many times, but here it is again:

I started booking weekly hardcore matinees at ABC-No-Rio in NYC at the end of 1989. CBGB's had stopped their matinees due to an incredible amount of violence. The space had been found mid-year by Brendan and Gavin, who did an SFA/Bug-Out Society show.

I ran ABC for the first 6 months – booking the shows, running the record distro, pulling in anyone who wanted to volunteer and be involved, starting the ABC Collective (which still exists today, over 25 years later), salting and chopping the ice, etc.

I booked bands I liked, bands I didn't like, bands who had no draw whatsoever. I called everyone I knew in the scene to play – which was just about everyone, since I had been doing Bullshit Monthly for 5 years at that point – but most bands in the NYHC scene were just NOT interested. 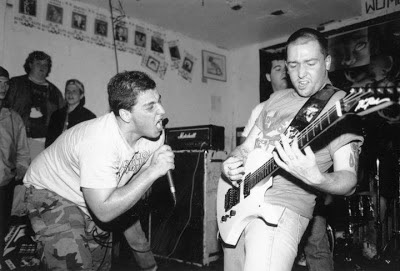 In Dec, 89 Charles and Nick from Rorschach dropped by the club with a practice tape in their hands. They gave it to me, and asked for a show. I took the tape, looked down at it, and said “How about in 2 weeks?”

They had expected to get some runaround, common for bands when they first start out. But not that day.

The show was them, Citizen’s Arrest, and 2 other bands. The other 2 bands dropped out, so the sign on the door listed the show as “CxA, Rorschach, and whoever else wants to play.” It was $2 to get in. 24 people paid. It was a fun show. 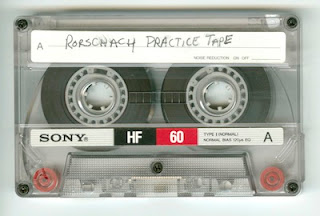 No one besides me has heard this tape, which is a shame. 3 of the songs have never been released, ever. The first track here, “Checkmate” is a great version of my favorite song of theirs. (They even relearned it so I could sing it when they played out here in California in 2012. What sweet guys.)

Here’s Rorschach, and some ABC pics from back in the day, and the Bullshit Monthly FB page. Check here to read and download about a dozen issues of BSM as PDFs! (PS - I was in GO! during the time this was all going on – and again from 2006-2011 – and was later in No Mistake.) 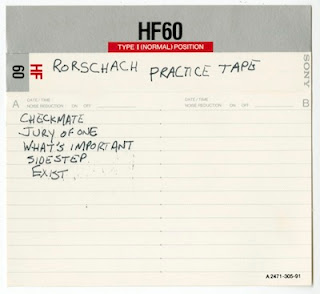 BIG thanks to Marc Schummer for the mastering and mp3 making, and Justine Demetrick for the awesome pic!

Mike Bromberg / BS
OK, so it's 1984 and I've just turned 16 and I take the bus and train from Queens into NYC to go slam-dancing at the CBGB's Sunday Hardcore Matinee - which I would do 100's of times over the following years. But concerts can be boring for me, just standing around. I need to DO something. So a month into it all I started Bullshit Monthly, first a freebie then like 25-50¢. It was a rag with some reviews, some interviews and a lot of local gossip and stuff on local bands. I was always checking in with bands - when're you playing, or recording, or have any new members, or gossip. And sometimes at shows there would be dozens or even a hundred or more people buying the zine and reading it between bands. Hey, what else're you going to do and it's only a frikking quarter. Generally, whatever someone did was what they got named, so somewhere in 1986 I became Mike Bullshit. But I'm still Mike Bromberg, too. One guy.